I started this out as a warm-up sketch but then I just ended up running with it. More Symbiote Spider-Woman! I used reference from SenshiShock on DeviantArt. 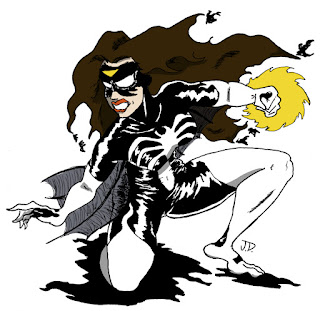 So last week I finished an illustration I've been working on and off since December: 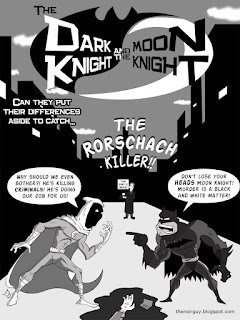 It's my submission to Relaunched!, though I don't know when or if they're going to showcase it, so I'm posting it here now. I don't love the background, but I don't hate it. Also, man stuff in illustrator takes forever!

Synopsis:
With Gotham quieting down, Bruce Wayne takes Wayne industries to New York for a short stint so Batman can clean up the mean streets of New York! Little did he know that it already had a white knight protector, the Moon Knight! As both heroes and men of intrigue, with the same goals in mind, they decide to  team up to fight crime together as The Dark Knight and the Moon Knight!

In this premiere double-blotch issue, they must investigate the strange and gruesome deaths of...criminals?!  Some masked vigilante known as "Rorschach" is going around murdering thieves, crooks and killers in cold blood!  Can they work together to stop this maniac? And should they?
Posted by The Noir Guy at 1:25 AM No comments:

Hey guys! Just been doing some character sketches for a little noir comic I'll be doing sometime in the future. Check these babies out! (they're not actually babies, they're sketches fyi) 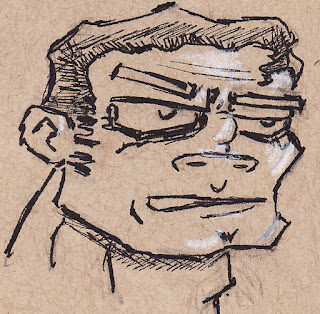 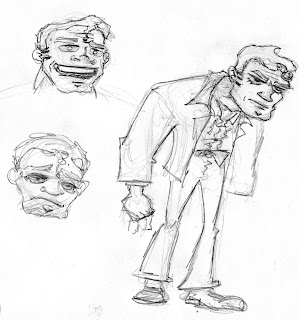 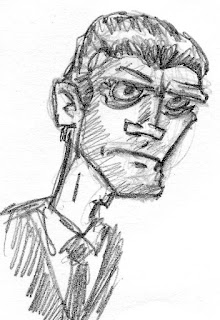 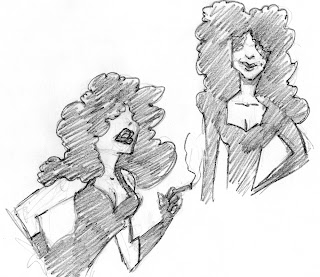 I recently finished another submission for Superhero of the Month(fingers crossed!) This month was Avengers, And this is what I came up with: The Avenging Avengers! 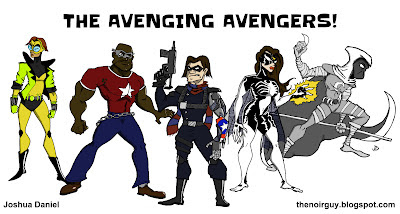 Who Avenges the Avengers? The Avenging Avengers! That's who!  After the great "Bendis Catastrophe" that wiped out most of the Marvel Universe, these are the only avengers left to figure out what happened, who orchestrated it and avenge their fallen comrades!  They're a group of misfit heroes consisting of Winter Soldier, Luke Cage, Yellow Jacket, Spider-Woman, and Moon Knight who are all either former villains or unstable, and the only thing keeping them together is the idea of the team itself.

New site and such

Hey guys! I have made a shiny new website! thenoirguy.com. That will be my portfolio site from now on, while this will still be my blog.  I'm switching to Wordpress basically because they have better gallery settings(namely, they HAVE gallery settings), but I will keep posting random updates on things here! Random things like this portrait of Dr. Cox I just did:

I'm getting more into shading these days. Also up now on Sketched Screenings is a list of things I want to see in the upcoming Amazing Spider-Man game. 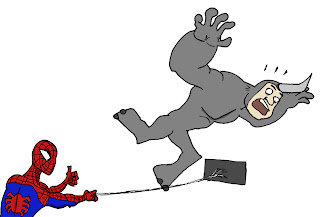 Now that I think of it, using webbing to play Practical jokes on criminals would probably #14. I mean, he's a teenager, and juvenile in general, why shouldn't you be able to trip thugs or web their butts to chairs?

And if you're looking for more reviewy stuff from SKetched Screenings, I also recently reviewed Dark Shadows! 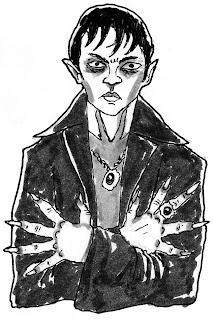 Also also, here's this random illustration I did to apply for an illustration job(I don't think I got it by the way). 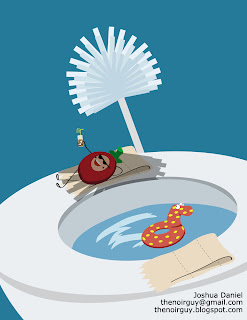 Hey guys! This last weekend was basically Avengers Weekend since I saw it three separate times with three separate groups of people. And then I reviewed it on Sketched Screenings here! Suffice it to say, I thought it was pretty good. And I might even see it again! But anyways, here are some of the illustrations I did for the review!  I'm kind of surprised and proud I could do all of them in such a short amount of time.