Well I was working more on the Brother Rabbit animation until my waccom tablet finally dropped dead. Kind of surprised it lasted this long. Luckily new one is on the way! But before it breathed it's last electronic death rattle, I was able to mostly complete this:

So hoping to complete the whole animation by this month is a bit much to ask.
Posted by The Noir Guy at 2:21 AM No comments: 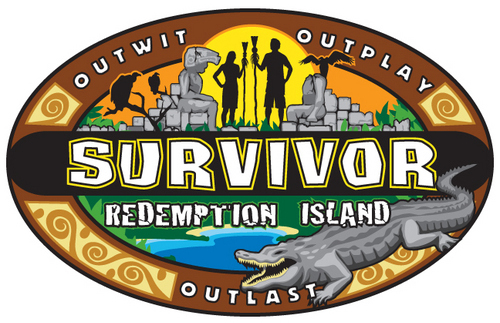 A lot of people look at Survivor as just another reality TV show, and the progenitor of all crappy reality TV shows. But I'm going to tell you why, as a game designer you should be watching it.  Survivor is one of the most complex human game shows on television right now.
Read more »
Posted by The Noir Guy at 3:30 PM No comments:

Random stuff I have done that I am now showing you:

An animated page turn for Brother Rabbit! Because it's going to be an effed up children's storybook.  Because I am awesome like that. (Click for movement if it's not moving already) 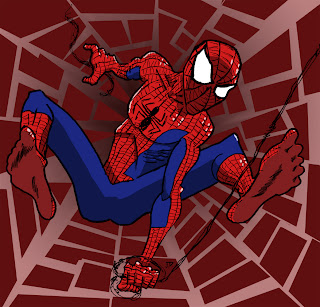 A recent illustration from my review of Ultimate Spider-man on Sketched Screenings. Because I know you guys were dying to know if it was any good or not. Anyways, this came out really good. Except for his crotch, which is not as exciting as a spider-crotch should be.
Posted by The Noir Guy at 11:13 PM No comments:

Gaming pet peeves that need to die by fire Part 1

There are a number of game mechanics I see pop up in even the best of games, some old, some new, all really really annoying. I'm making a list of my gaming pet peeves and why they should die in a fiery blaze already. Here is part 1.  Do you share the same pet-peeves?


You are a big badass bruiser and you have to protect the dainty princess while she walks through the monster infested minefield. Or you have to keep your cousin's outhouse from taking too many hits from missile fire while he drops his morning load. Either way, you have to babysit some weakling who can barely breathe unless you help him out.
Why it was made: When you're an unstoppable killing machine with all the weapons, ammo and upgrades you could ever want, it can get boring fighting enemies who could never hope to hit you. How do game designers fix that? Introduce an element that isn't impervious to bullets! Protect the princess! Stop the house from falling down! Now it's more of a challenge because you don't just have to look after yourself, you have to keep someone else from dying.
Why it should die by fire: STOP EXPLODING YOU COWARDS!! The biggest problem with the escort mission is that more times than most, the AI is not smart enough to look after himself, and also doesn't have enough health to accommodate his stupidity. If a producer or designer isn't' smart enough NOT to have an escort mission, he also usually doesn't have enough money to give him good AI.  Even if he doesn't blindly walk into gunfire, it's still annoying when a mercenary jumps out of nowhere and your target dies when there was little you could do. It is never fun looking after someone else who doesn't have the common sense to look after themselves. And you want your player to have fun, right? Because this isn't fun, it's a chore.

It's babysitting. Looking after yourself is one thing, but having to look after someone else, and punishing the player for their AI's stupidity is offensive. I was recently playing Fallout 3 and had to reload a save five times because a band of AI smugglers would go through town, and seek out the only merchant to kill them. And this is a game where death is real, so why are you punishing the player for something that was not his fault? Why should I not be able to trade when your merchant is not smart enough to duck and your smugglers are too dumb to realize they would have no one to sell their smuggled merchandise too?
How to fix it: Ok, you don't want to kill Escort missions because they're classic and you're some sort of Sadist. Fine. Then let's look at the only two examples of games where the escort mission is acceptable: Resident Evil 4 and Ico. I'm amazed that not only does it work, it's part of the core gameplay. How do they fix it? Well first of all, they escortee is not dumb. Yorda will stay when you tell her to, come when she's called, and help you out with your puzzles. Ashley ducks instinctively when when a gun is pointed at her, and if all else fails you can tell her to go hide in a trash can. But the best part of both of these is that you don't have to watch their health. Ashley has a health bar, but, like Yorda, most times she's just carried away, giving you ample time to rescue her. Don't give your target a health bar, make her smart, and give the player ample time to rescue her.


If you have a jump button, you can bet your sweet Jamaican ass there's going to be a jump puzzle. Otherwise, what's the point of even having a jump button? It couldn't be just for a sense of atmosphere and because you don't really have a sense of flipping or diving in first person adventures, right?

Why it was made: "hmm, we put a jump feature in our first person shooter, we should probably use that for something, right? Also our levels are getting kind of stale, let's make it...interesting."

Why it should die by fire: The problem with first person jumping is because you can't see the body, it's incredibly difficult to gauge how far away from the edge you are without looking directly down, and it doesn't help that some games have a delay ont he jump for "realism". They're trying to make it a more exciting experience by having the jumping be in first person, but they're forgetting all the input people have in real life that they don't have in games. Sound, touch, a sense of balance and where you are in the world, all of those are made up for in third person, but in first person it just comes down to guessing, and taking a leap of faith(pun intended).

How to fix it: Easy, DON'T HAVE A JUMP BUTTON. This is why I love Timesplitters, because it was all about the running and gunning. What do you need to jump for? There have been loads of games, including Mass Effect, that don't have a jump button at all, but instead have an "interact" button that lets you climb certain objects. If you want to have a jump, don't make it so easy for people to die, like in Portal, in which you ca whip around 'til your heart's content unless you fall in toxic goo.


They want to have a big flowing landscape, but there are some places where you're not allowed to go, and why ruin that view with actual walls?

Why it was made: To restrict the player. Or more to the point, to to keep the player from going out of the bounds of the game but they couldn't think of anything more creative.

Why it should die by fire: Invisible walls are the laziest possible way you can keep a player on the route you want them to take. It is saying "You can't go here because we haven't finished that part of the game, but, I don't know, just stop because we said so." I was playing Fallout 3(honest guys it's a good game), exploring the edges of the landscape when I was suddenly struck with a message that said "You cannot go this way, please go back." Well why the hell can't I go that way? It's a road and I got legs, don't I? What's most annoying is that there were actual routes within the game world I couldn't go because of buildings, steep mountains or giant heaping piles of debris. Why couldn't they box in the edges with that?!

How to fix it: Here's an idea, HAVE REAL WALLS!  But hey, if logic is not your thing, make up a reason that makes sense in the gameworld why they can't go further. Maybe after awhile it gets too radioactive, or as in the first Mass Effect with the Mako, you start to lose the com-signal. Maybe you can only go so high with a jet because you start to lose control from the high altitude.  Maybe there's a monster that instakills you as soon as you step out of the borders. We have the technology to implement these things, we just have to put in the time and effort to implement them.

4) The Locked Door That Has No Business Being Locked


You need to get to the super duper death machine to turn it off, but, oh noes the door is locked! The regular door with a simple lock. When you have a gun. And a crowbar. And a rocket launcher. Welp, guess you better go all the way across the level to get the key, right?


Why it was made: How do you create tension in a story? keep the protagonist from their objective. The easiest way to do that is with a locked door. It's easy enough to program a locked door in games, and it will extend the quest a few hours if you make the player hunt for a key.

Why it should die by fire: I have a rocket launcher and 5 grenades, this is piece of metal and glass barely 2 inches deep with a small locking mechanism. What is so hard about that? Oh I have to go search for a key? Who the hell puts a key to a door on the other side of the compound? Who built this place?! And are these regular plaster walls?  It can be even worse if destroying/breaking a door was part of an objective earlier.

How to fix it: I would love LOVE a game that gave you a locked door, told you you had to get a key, but then you have the option of breaking the door down anyways. Would anyone try it because they've been conditioned that all doors unless otherwise noted are unbreakable? If you want a locked door, ether the player should not have any way of opening it up, or it should be a much much sturdier door. Why not use this opportunity to have different ways of opening the door? Because we are tired of fetch quests. Use the shotgun to break the glass and unlock the door from the other side! Use the crowbar to force the door open! Maybe if you break the door, the supports will give way and the whole building will topple. Maybe there's a magic force field, or it's a laser grid and you need to turn off the power. All of these are viable options. Get creative!
Posted by The Noir Guy at 1:36 PM No comments:

The animated misadventures of Brother Rabbit and Acquaintances

So hey, remember when I said I was getting back into animation? I am making an animated version of Brother Rabbit and Acquaintances. 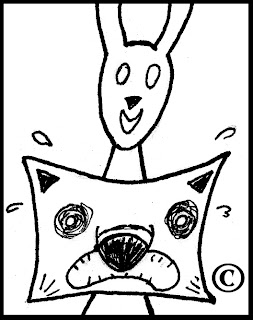 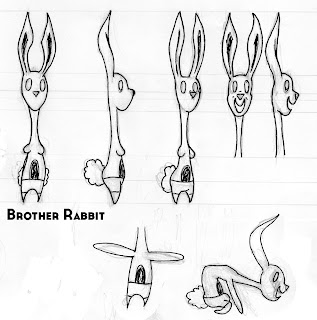 Wrath of the boards

I have some fancy new things to show! Not a lot becuase I've been working on some stuff I want to keep under wraps and also been busy retooling my resume and such, but I do have some stuff related to Sketched Screenings! 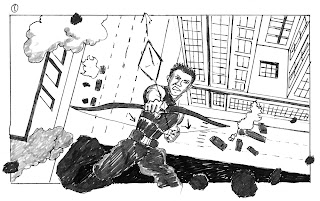