Here is all of my Dumgens and Draggins comics collected for your convenience! 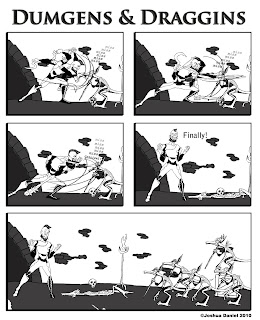 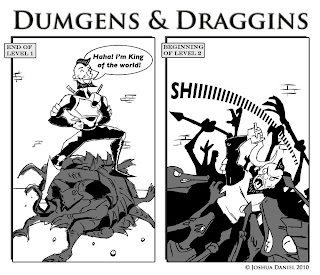 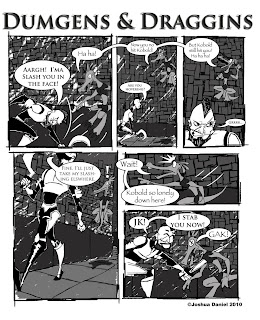 #5: The clothes make the thief 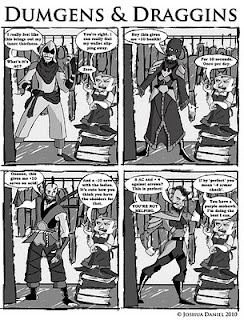 #6: She's got no armorclass 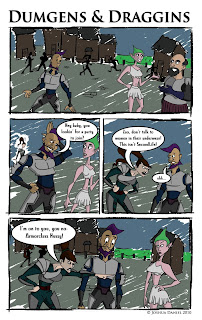 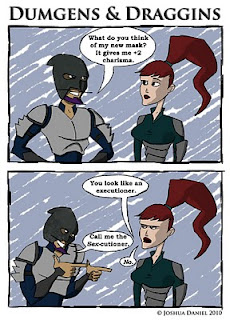 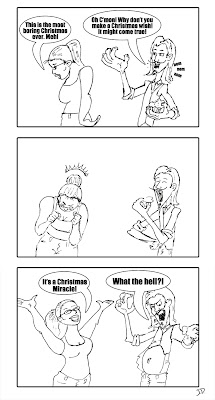 I meant for this to come out over Christmas, but it got delayed. And I'm not naming names, but I think she would wish that if she hasn't already. As I said before, I'm fat thin, but I'm skinny fat.
This will be my last comic of 2010. It's going to take awhile to get used to writing "2011". At least a good 11 months. I've done about 139 comics this year. Not bad for a lazy cartoonist. I did have something else I planed to finish, but it will just have to be my shiny new example of 2011!
See you guys next year!
Posted by The Noir Guy at 2:12 AM No comments:

The Christmas Brother Rabbit Sold out

This year I gave made Brother Rabbit themed greeting cards with the desired results: They liked them but not enough to tell me I should be doing them for a living! I honestly greatly dislike making greeting cards. WIth a fiery passion. But they make my family happy, so I suffer a little to bring them joy! And isn't that what real presents are all about?

This year it wasn't so bad because I approached it as if I was making a comic, and I did them rather quickly, so there's really no reason I shouldn't be doing these everyday. Take a look! 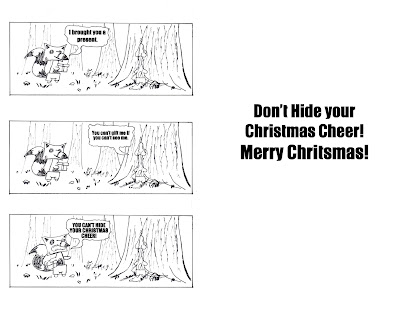 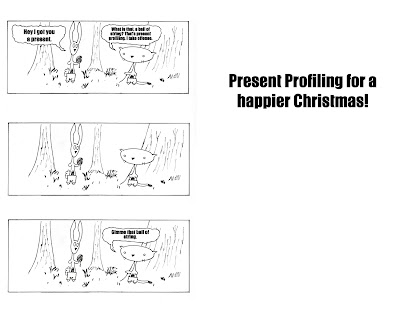 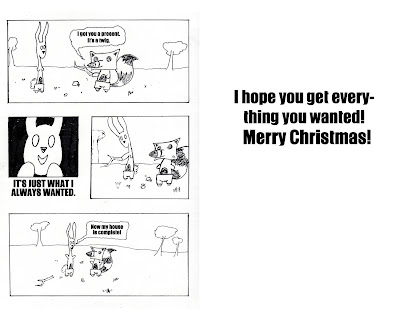 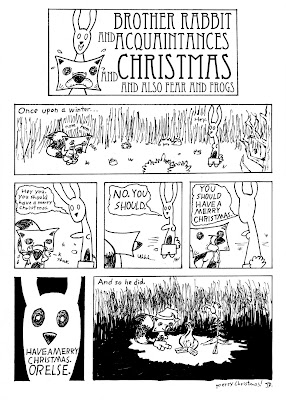 I had a lot of fun with this one. I like Brother Rabbit because he's so easy and fun and creepy to draw. Expect to see more of him.

And yes, the header is making fun of the yogi bear poster.

I kind of want to make "HAVE A MERRY CHRISTMAS OR ELSE" Brother Rabbit Greeting cards, but I'm not sure who would buy them. Maybe when he gets a larger following. 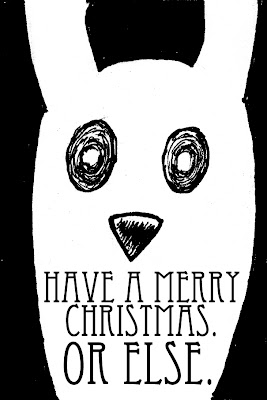 What do you guys think? Too creepy? 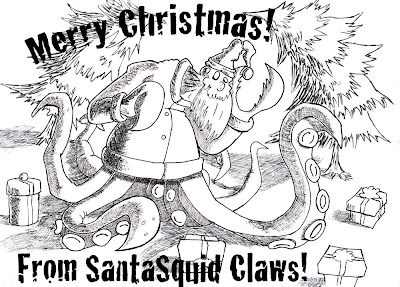 Also, this was for a secret santa project.
Posted by The Noir Guy at 12:28 PM No comments:

Thank you Garden State.
I couldn't sleep last night, so I just got up and drew and read stuff, and that's how I finished inking one comic and sketched tomorrow's comic! And then I crashed from 9-12 and after that I was strangely productive. I may have a new sleep schedule. We'll see tonight.
Also, there will be Christmas stuff later in the week! Stay tuned!
Posted by The Noir Guy at 6:28 PM No comments:

The love is a lie

Yeah, I know it's an hour comic, but I told myself I'm doing a comic, and I did a comic Goddamnit! But I really need to sketch and practice before. It's like not stretching before a big workout. I hope this is funny because I'm not happy with the visuals.
Posted by The Noir Guy at 7:32 PM 4 comments: 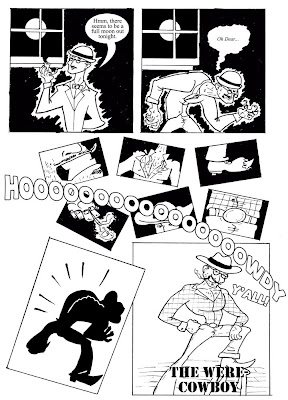 I was talking with someone about how my friend Praveed changed his style from fancy well to do man to cowboy, and I thought this was funny.
I haven't been doing enough comics, I should do something about that.
Posted by The Noir Guy at 10:43 PM No comments: 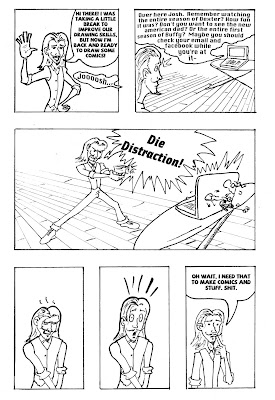 Finally a new comic! This one took longer than expected. I think I'm back t my regular silly self, though I may do Brother Rabbit Comics every once in awhile. But I have been practicing! I swear! I did a couple of cartoon sketches based off friends from memory which I wasn't able to do half a year ago. Now I just have to work on everything else! 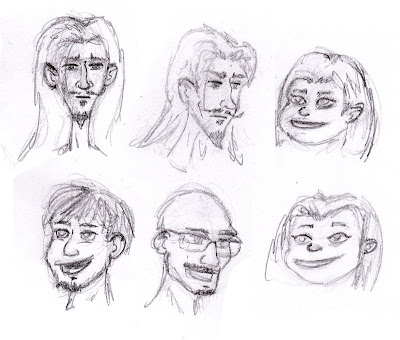