I've had a busy couple of days, but I didn't forget my 30 characters! 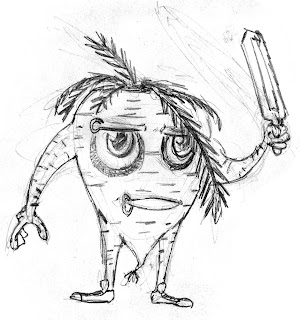 This is Billy the Emo Radish. He's sick and tired of your bullpoop vegetable corporations, man. He cuts himself with a peeler. Dude's got problems, ok?

For today's 30 character challenge I give you Mikey! 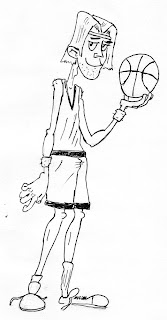 This is Mikey. He's a basketball player. He plays basketball.

WHAT.  Hey they can't all be super zombie space martian ghost robots!! 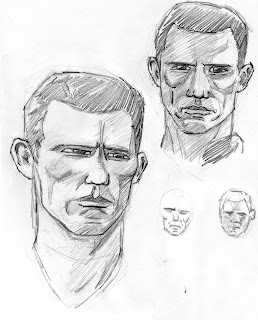 Even though I think I'm starting to get tired of Burn Notice, I really like how his face turned out. I think the facial structural really came out perfectly for him.  Seriously, if they have to keep explaining why things in the story don't work, it's just not a good structure, right? Well that's neither here nor there I guess.

I'm trying a new thing where I repost all the nifty blogs and tutorials I've read over the week on Friday for your learning pleasure.

Respecting (Game) design
This is from awhile ago, but I just discovered it, so perhaps you will discover it too!  It's a nice article about the current if what a designer should be, also this article, where I found this one from.
Morpheus Rig
Not really a tutorial per se, but there is a long tutorial on how to morph it. It's a really in depth rig not only with great controls but the ability to change the body type to make your own character! Very useful for your 3D animation reels. And it's free!

The Flow of a Page
Also from Making Comics, but very useful. The first part on different ways to set up the composition of a comic page.

Animation Schooling Advise
This comes from the great blog, Animation Tips & Tricks. The Question asked was how important is a god animation school, but the director describes some good advise on how to go about teaching yourself animation techniques.

I'm also going through Maya rigging tutorials, but I haven't gotten through them all yet. I'll let you know how it turns out. Also, I will have a new character up tonight, as soon as I create him, her or it.
Posted by The Noir Guy at 5:45 PM No comments: 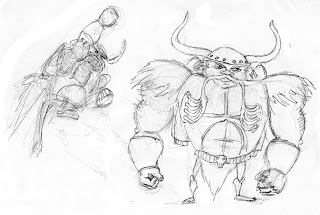 He is a viking. With a jetpack. Your argument is now invalid.
Posted by The Noir Guy at 11:41 PM No comments:

Hey gang, haven't updated in awhile. Been busy. But now there is new stuff! 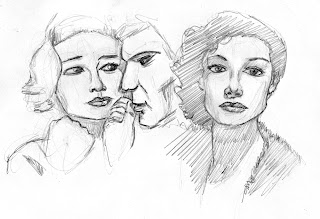 There's a thing I just learned about for the month of November called 30 characters in which you create 30 all new characters in 30 days, one for every day in November. I found out about it too late to register officially, but I decided to try it unofficially anyways because it seemed like a good exercise. So here's my first character! 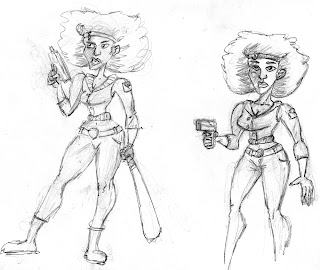 She's a badass zombie killer. Haven't thought of a name yet. Pamela? She looks like a Pamela.

Also, there will be a new Barber and new Purple Boy and Turquoise Girl next week. Without fail. So there.
Posted by The Noir Guy at 11:52 PM No comments: