I was penciling a few new Barber pages(yes it is coming back once I have a nice buffer) and I was suddenly hit by some new designs. I've kept The Barber mostly the same from the start and I've always wanted to try some radical redesigns to get the most out of the character. So I started with these: 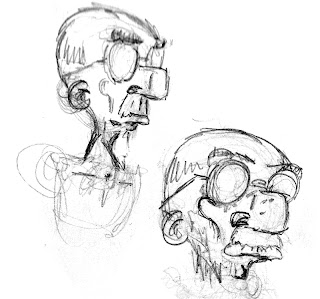 A little different in the head shape, kind of a sterner look. Then I got this crazy idea and ran with it: 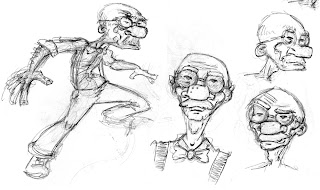 SWEET MARTHA MOTHER OF BATMAN HE HAS EYES.

I mean, yes, it was always assumed he had eyes, but I originally wanted a more graphical look, so I kept the white glasses look. But this, this is so very different. It just completely changes the character. I also added detail to his head, changed up the mustache, and defined his jawline more. 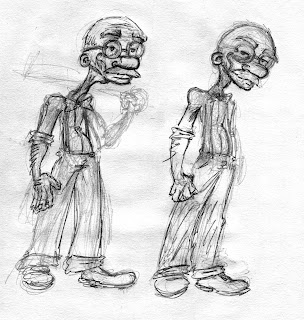 I'm still working on it, and it's different from what I was doing, but honestly it's closer to the character design I want to be drawing. I can save the no eyes version for more graphical pages anyways. But for now, aw man is this cool. 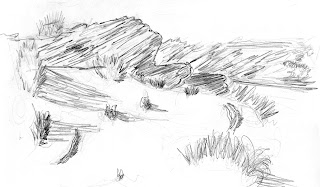 ahead of the sketches(see what I did there) 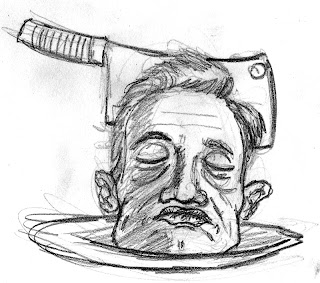 I just really like this sketch from my review of Delicatessen over at Sketched Screenings. But there's more stuff!

A few weeks ago I said that if I hit 150 fans on twitter I would draw Optimus Prime riding a unicorn. So....

The Look and the Looker(legible version)

A few people have commented that they can't read my handwriting(read all) So I redid it with text.

So here it is! The version you can read it! I'd really like some feedback on the story. I'm really excited about it, and I'd like to think it's good, but it's a female main character and her perspective, so I may just be pulling a Zach Snyder here. I promise tomorrow I will post about something completely different.

Hey all! I was able to finally scan in my sketches for the 24 hour comic, so here they are without grain!  There are some minor spoilers for the comic, so if you haven't read it yet, you can read it here. 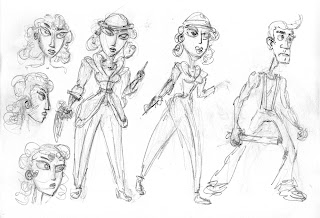 The Look and the Looker

So here is the full rough version of my 24 hour comic. I hope it's mostly legible and that you can understand what's going on(please tell me if you can't read the dialogue so I can go over it with text). More than that, I hope you enjoy it. Please tell me if it's good or not as I really can't tell when I'm this excited about soemthing.  And any feedback would be nice.  I put it after the jump because it's rather long to display on the site. 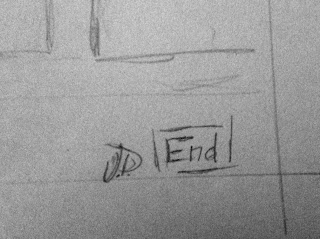 Wow. I didn't think I could do it for awhile there. But 24 pages penciled. Granted, I wanted to in them as well, but in the most basic sense of the term, I have a full 24 page comic. Not only that, a comic that I love. I haven't felt this proud of something in awhile.  Of course it could be terrible, who am I to say. I'm sleep deprived and my hands hurt. But I didn't feel like this at the end of the sketchbook project. I kept it simple, one main character, planned it all out, and had a story with some nice twists. I'm going to ink and color it at a later date. But for now, I'm going to go rest. Good luck to all those still sketching!
Posted by The Noir Guy at 11:25 PM No comments:

I've completed 15 pages, too busy to even take pics and upload. You should follow me on twitter for around the clock updates(If you scroll down you can see 'My tweets' too).
Posted by The Noir Guy at 6:58 PM No comments:

Ok, I've just completed penciling page 6 and I'm really doubting I'll be able to get to inking. Also, I think Page 6 will be a lot of people's favorite. 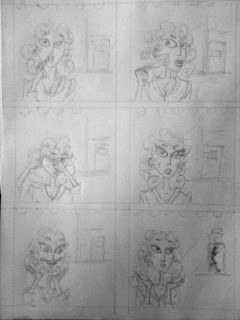 Hey guys! Last night I got the whole layout worked out, and this morning I did some warm-up sketches and penciled the first 2 pages.


Yeah they're grainy. I'll scan them in once I'm finished and the 24 hours are up. My plan right now is to go pee, eat breakfast, then sketch all the pages out, then ink everything in. I'd rather have a rough full story than an incomplete inked story. Plus with the story I have, some pages don't need to be inked.

I've started doing my 24 hour comic for 24 hour comic day!  If you don't know what it is, click the link. Basically, I have to make a 24 page comic in 24 hours, starting roughly 2 hours ago (it's 2:15 now). I'll be updating throughout the day on my progress. So far, I have a story, the main characters, and sketches! 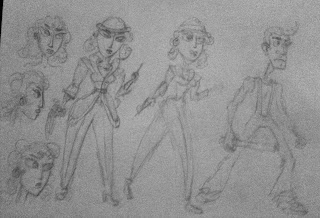 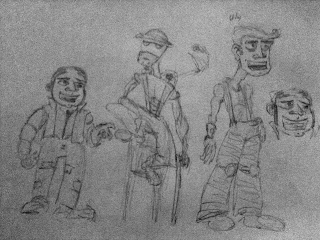 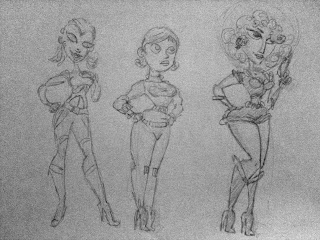 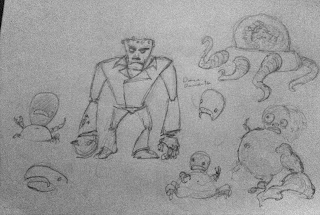 I know they're horrible quality, they were uploaded from my phone. NO TIME. You can see the main protagonist in the first one on the left. Her name is Tameron and she's a burlesque dancer(not a stripper, there's a difference). Also, it's a sci-fi futuristic noir.

With all this starfire/catwoman craziness going around, I wanted to do something that proves you can have a sexy character who isn't just all about boobs and sex. I think I have an interesting story. I don't know if it'll work. But at least I'm trying something different. Even just looking at the character sketches now, I can already tell I've bitten off more than I can chew. I've tried to keep it simple(simple for me that is).

So I have the story planned out and most of the characters drawn(OH GOD WORLD BUILDING) , the plan now is to work out the layout for the whole thing, get a few hours of sleep, then work all day until midnight tomorrow to finish it. It's not going to be colored, and if I do it right, it'll only need to be half inked.