Well hello there! Did you expect to see more sketches on a friday night? Well you're gettin' them all the same! 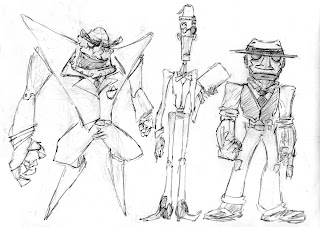 I really liked the idea of that robot detective, so here's a more designed out sketch of him, his uptight partner, and some sort of robo-gangster. I also like the idea that maybe these are organic robots and metal, organs and clothing are all somehow fused into one.  He's metal on the outside, but he can still bleed and feel emotions, but also he can press a button and instantly change his clothing. 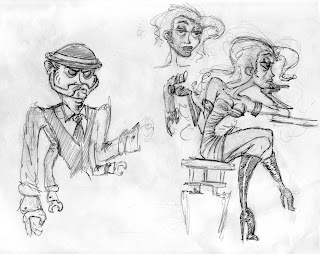 Almost an evil alien Watson with gills and claws, and a bored looking space damsel. 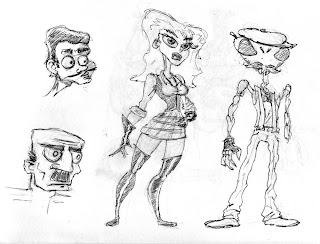 I like doing funny expressions and I need to work on my extreme characteristics. Also, bug with a mustache. Didn't see that comin' did you?
I also just finished my review of Drive over at Sketched Screenings! Here's the original illustration before I switched it around: 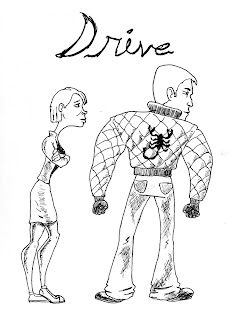 For the final draft I flipped the lady around so they were staring at each other. Halfway through inking, I realized leaving it like this made it look like she wanted to be with him but he was scorning her, which is actually the opposite of the move. Interesting what a difference it makes, no?
Posted by The Noir Guy at 11:12 PM No comments:

I have done More sketches! So many sketches this week! 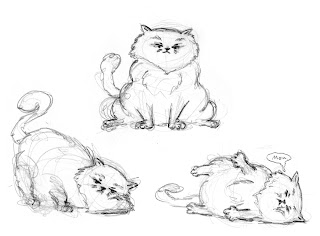 I made a card for my aunt with a character called Fat Cat and these are some sketches of him. It took awhile to get it down, but I really like the design.
Read more »
Posted by The Noir Guy at 11:04 PM No comments:

I've been experimenting with pen more. Here are some Spider-Woman sketches. I really enjoy how they turned out. 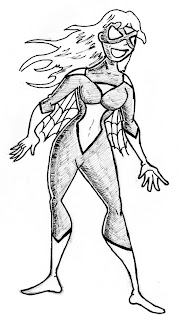 Hey, you remember this sketch of Skinny Spidey, right? 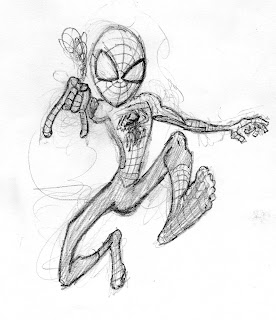 Well, I've been working on a few different versions over the last week... 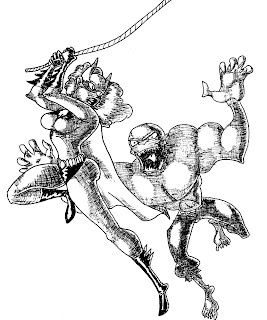 Hey guys, just a quick update, I FINALLY got to inking this Batgirl/Killer-Croc sketch! I'm pretty psyched with how it came out. I don't usually explore this kind of shading, which is just a darn shame.

Also, I have a review of The Debt up in Sketched Screenings, and should have another review up there this week soon. Expect more sketchy things this week!

The fabled return of the Wonder Couple 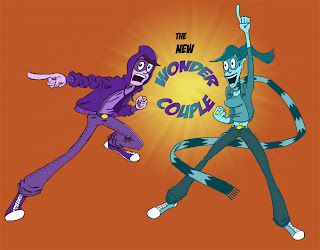 PURPLE BOY AND TURQUOISE GIRL ARE COMIN' BACK THAT'S WHAT!